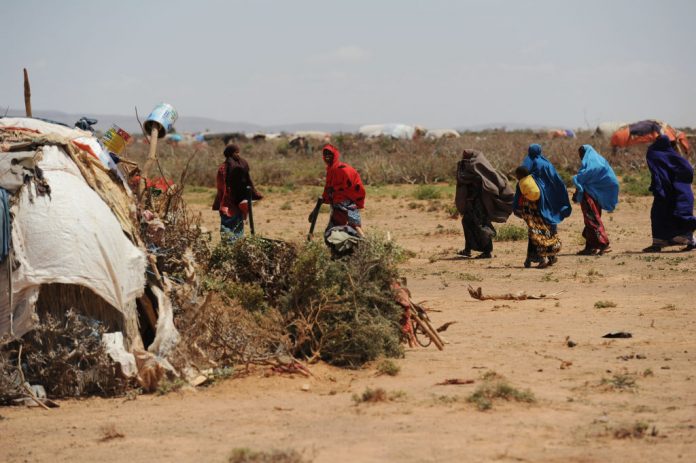 The Food and Agriculture Organization of the United Nations (FAO) and Inter-Governmental Authority on Development (IGAD) called for urgent action to mitigate the impacts of drought across the Horn of Africa.

“Due to the threat of worsening drought conditions, food insecurity will likely rise during the first half of 2022 across the Horn of Africa,” the two organizations said in a joint statement issued in Nairobi

Vulnerable communities in the IGAD region, including Kenya, Uganda, Djibouti, Ethiopia, and Sudan, continue to experience a complex mix of re-enforcing shocks and stresses that are eroding their resilience to food and nutrition insecurity.

As of October, some 26 million people were already facing high levels of food insecurity, according to the Food Security and Nutrition Working Group, which is co-chaired by the IGAD and FAO.

A forecast by the IGAD Climate Prediction and Applications Centre says the start of the current October-December rainy season has been significantly delayed, with little to no rainfall observed to date in many areas, raising the probability of another poor season.

“Should this occur, agricultural and pastoral conditions will further deteriorate, causing households already struggling with the effects of multiple, concurrent hazards to employ negative coping strategies and reduce their food consumption,” the two organizations said.

This, they said, is a major source of concern as food insecurity in the region has historically increased sharply following consecutive poor rainfall seasons.

IGAD and FAO said the increased frequency of climatic hazards, combined with the effects of other stressors, is threatening hard-won gains.

“It is, therefore, crucial to act now to protect these resilience gains and prevent more people from sliding into food insecurity and malnutrition,” they said.

We use cookies to optimise our website and our service, which is why we require your consent to use your data to tailor any of our advertisements just for you. Our partners also collect data and use cookies for ad personalisation and measurement. To find out more about our cookies, read our policy or to change your preferences, click the settings button.

This website uses cookies so that we can provide you with the best user experience possible. Cookie information is stored in your browser and performs functions such as recognising you when you return to our website and helping our team to understand which sections of the website you find most interesting and useful.

Our advertisements that are displayed also require your consent, so that you receive personalised adverts when visiting our site.

Strictly Necessary Cookie should be enabled at all times so that we can save your preferences for cookie settings.

If you disable this cookie, we will not be able to save your preferences. This means that every time you visit this website you will need to enable or disable cookies again.

This website uses Google Analytics to collect anonymous information such as the number of visitors to the site and the most popular pages.

Please enable Strictly Necessary Cookies first so that we can save your preferences!