Africa: Children need to be at the centre, they need to be protected and valued, together we need to #EndChildLabour 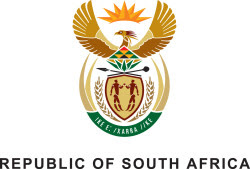 PRESS RELEASE
Children need to be at the centre, they need to be protected and valued, together we need to #EndChildLabour
A key element to the elimination of Child labour that was focus of the day was the tool of education
Access Multimedia Content

DURBAN, South Africa, May 18, 2022/ — Attendees arrived early at the Durban ICC to start preparing for the enlightening day ahead. The day included nine side events and four thematic panels. Sessions covered a variety of topics from education, climate change and skills development all in support of the elimination of child labour. A key element to the elimination of Child labour that was focus of the day was the tool of education.

Sessions throughout the day were rich and lively discussions from a wide variety of respected spokespeople from government and private sectors. All speakers touched base on Child labour deepening due to poverty.

Eleni Georgiopoulou, Corporate Responsibility Manager for Aldi, spoke about business approaches and actions in response to Child labour in times of crisis. In support of the elimination for Child labour Aldi has published a Child labour policy on their website. Employees are constantly been informed on this issue at hand. Aldi has also put guidelines into place for suppliers so they can adopt the same practices to eliminate Child labour.

According to UNICEF 1.6 billion learners have been affected by COVID related school closures. 92 million children in Africa are involved in Child labour.

“Those of you who have kids – imagine a 5-year-old working,” said Cornelius Williams, UNICEF Director of the Child Protection Programme Group, speaking during the education-themed panel and presenting the latest Global Estimates on Child labour. Child labour in this age category rose in the past few years. He pointed out the reality of children working in the agricultural sector often out of necessity.

Various experts in the field of education engaged in a conversation noting that education is the most powerful tool to eliminate Child labour. Challenges such as the lack of infrastructure, financial constraints and the fact that there aren’t enough educational institutions in many African countries to accommodate the population were raised.

Solutions and current infrastructure were also spoken about by all. Countries such as Niger, South Africa and Ethiopia have feeding schemes put into place so children are encouraged to attend school and don’t have to worry about their next meal.

Bringing awareness isn’t enough, community members need to mobilize at an on the ground level and work together with unions to create safe environments for all children where Child labour is eliminated. Respected leaders strongly feel that governments need to work hard to really make education free and this needs to be funded from taxes. Governments need to invest in education and teachers and close the gap between policy and practise. Respected leaders are calling on support from the international community as it’s time that we walk the talk. Children need to be at the centre and they need to be protected and valued.

The sustaining peace and climate resilience sessions saw panelists also calling for serious action and thought as conflicts, disasters, and fragility have devastating effects on children’s lives. “Extreme weather events are a new item we have to put in our agenda,” said Virginia Gamba, Special Representative of the Secretary-General for Children and Armed Conflict. “These events destroy infrastructure and livelihoods”, thus impacting on poverty and Child labour.

In a special session hosted by the African Union, Amongi Betty Ongom, Minister for Gender, Labour and Social Development of Uganda, noted that Africa remains the most-affected country in the world, and COVID-19 has worsened Child labour on the continent. Again the importance of education being a key tool to eliminate Child labour was mentioned.

Cynthia Samuel-Olonjuwon, Assistant Director-General and Regional Director for Africa of the International Labour Organization (ILO) committed that the ILO will support the implementation to the Durban call to action and all other actions on the elimination of Child labour. “We can do it, we will do it”

Amplify and join the conversation by using the hashtag #EndChildLabour

View the agenda for the upcoming day: https://bit.ly/3wiez8H
Distributed by APO Group on behalf of Department of Employment and Labour, Republic of South Africa.