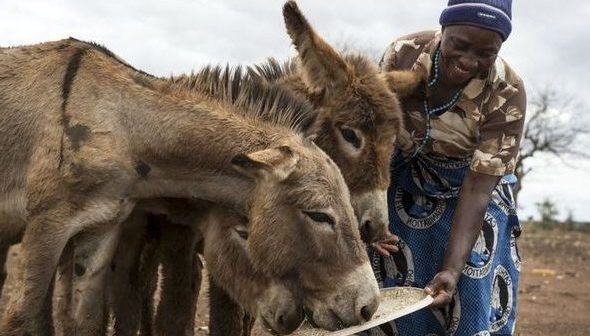 Climate change is expected to kill millions of working animals over the next decade.

Drought, natural disasters, and environmental catastrophes are expected to kill millions of working animals around the world in the coming decade, according to scientists. More than 200 million working animals, such as horses, donkeys, camels, oxen, and elephants, help at least 600 million people in the world’s poorest areas.

However, flooding, cyclones, and wildfires are wreaking havoc on working animals and the families they support in low-income countries around the world.

According to official data in India, 17,000 animals, including oxen and buffaloes, were killed by storms in 2020, and about one million livestock are expected to be lost each year due to flooding.

In addition, the catastrophic drought that afflicted east Africa in 2017 claimed the lives of up to 80% of Somaliland’s cattle.

As the COP26 United Nations climate summit approaches its November 1st start date, global animal charity SPANA (the Society for the Protection of Animals Abroad) is urging nations to take steps to protect the “silent victims” of climate change.

SPANA’s Chief Executive, Linda Edwards, stated: “The escalating climate catastrophe has risen to the top of the political agenda. However, the terrible impact on animals is almost largely ignored.

“Drought and climate change extremes are wreaking havoc on animals, who are paying the ultimate price in large numbers.

“There is also a significant human cost to the extinction of these species, since many households in the world’s poorest regions rely on them for life.

We’ve reached a tipping point: the disastrous consequences of extreme weather are wreaking havoc on the lives of working animals and those who rely on them every day.

SPANA’s Chief Executive Officer, Linda Edwards “We’ve reached a tipping point: the disastrous consequences of extreme weather are wreaking havoc on the lives of working animals and those who rely on them every day.

“It is critical that strong international commitments be made to address climate change’s broader effects.”

SPANA is giving a lifeline to working animals in many of the world’s poorest communities in response to the rising situation.

The nonprofit provides free veterinarian care and vaccination programs, as well as emergency projects to en