Somaliland is an Unrecognised African Success in a Notoriously Troubled Region 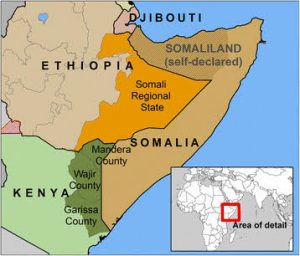 Somaliland is a remarkable – albeit lonely – success in a notoriously troubled region. International recognition of it as a sovereign country in the world community would be an investment in Africa’s stability.

Twenty years ago, images of the port of Berbera told the story of a country at the bottom of a deep hole, ravaged by war, crimped in the pincers of the Cold War. A few rusty coastal transports then lined up along the 650m quayside – half of them built by the Soviets, half by Washington – next to a number of wooden dhows loading livestock for Yemen and Saudi Arabia. The harbour was dotted with sunken vessels.

A few kilometres outside town is Berbera airport. Built by the Soviets as a giant base for its Tupolev Tu-95 “Bear” maritime-patrol aircraft, it morphed into a US base as Cold War fortunes shifted. Twenty years back, the only evidence of this particular slice of history was an empty swimming pool and a plaque at the end of the 4,140m runway, one of the longest on the continent, certifying its survey by the US Army, reputedly as an alternate landing site for the Space Shuttle.

Today, the port of Berbera is defined by its three brand-new “economic giraffes”, or gantry cranes, part of a $442-million investment by Dubai Ports World, which has driven up container capacity five-fold to 500,000 annually and doubled the volume of general cargo to two million tons. Another 400m has been added to the quayside. This is part of a three-phase plan which will result in a two-million container capacity by 2026, along with four million tons of general cargo.

But that is only part of the story.

Ports are not fundamentally about hardware, but about efficiency. Berbera’s services have improved four-fold in the last five years to 30 berth moves per hour and aim at 100 in the next four years, to place it alongside Djibouti and Mombasa as the continent’s most efficient ports.

Already, Berbera ranks 184th on the World Bank’s port efficiency rankings. Durban is at 364 and Cape Town at 365 (out of 366) – below the likes of even Lagos and Dar es Salaam, and above only Luanda. Yet South Africa’s GDP is, at $5,000 per capita, nearly 10 times that of the average Somalilander.

This is key to an objective to turn Berbera into the port of preference, not just for import-hungry Ethiopia – the 120 million person, one million container market on its border – but as a trans-shipment hub for the region and into the Gulf of Aden.

The Dubai investment in the harbour is complemented by a $90-million aid project, led by the UK and the United Arab Emirates, to rehabilitate the 250km from Berbera to Wachaale near the Ethiopian border town of Jigjiga. Now under the management of an Abu Dhabi company, Berbera airport has been refurbished and its runway resurfaced.

This has been against the odds.

Imagine a country under the equivalent of the most extreme sanctions regime, and that is Somaliland. Its borders are unrecognised, as are its passports. Its currency is not convertible. Its banking system is hampered by the absence of a Swiftcode, its telephony by the lack of an international dialling code. Investors are inevitably deterred by fear of lack of diplomatic protections.

The absence of recognition and Somaliland’s relative progress – compared with Somalia, certainly, but to many in Africa – raises a question about the role and value of outsiders. That Somaliland’s progress is now being assisted by a monarchy in the Emirates, should wake the West from its slumber.

Somaliland’s success has, in the circumstances, been founded on a healthy combination of principle and pragmatism, unlike the process in neighbouring Somalia, one driven organically from the bottom-up rather than by international sponsors.

Following a decade of ruinous war with the Siad Barre regime in Mogadishu, Somaliland’s peace has endured since 1991, following a series of internally led peace conferences at Burao and Boroma.

“To fully grasp the horrors visited upon the cities of Somaliland, all you need to do is to look today at Mariupol and other major cities of Ukraine,” reflects President Muse Bihi Abdi, who earlier served as an officer in the Somali National Movement (SNM).

“Peace,” he says, “is the foundation upon which state-building and economic development and growth are anchored,” in which a “home-grown peace and national reconciliation at the grassroot level is more sustainable than internationally driven imposed peace.”

Key to the relatively smooth transition and improving trajectory has been, he acknowledges, the SNM handing over power to a civilian government — unusual for a national liberation movement — “thus earning the confidence of those that did not support it during the liberation struggle”.

Muse adds that Somaliland’s success since has rested on a realisation that “the private sector is the main engine of economic growth and the role of government is to nurture the private sector through the provision of [a] conducive environment”.

This is not just rhetoric.

Berbera’s transformation from sleepy hollow to international port has been rapidly constructed on recognition of the rewards of openness and the limits of government resources. Dubai Ports World has brought the capital, technology and, in its multinational team, the skills to enable this transformation in a joint venture with the government in which Dubai has a 65% share. These international links play in other ways: linked to the port development is a free zone, which is positioning itself to benefit from commercial spillover to the Emirates’ Jebel Ali Freezone. Already 20 companies have been signed up; another 50 are being actively courted.

All along Somaliland’s main artery is the Garanwa’a, a green thorn bush. Translated as the “unrecognised plant”, the Garanwa’a is considered an invasive species, spoiling the taste of goat and camel milk. It is a metaphor for Somaliland’s challenges itself: a lack of recognition has complicated the struggle for development.

The steps towards recognition are not binary, however. There are steps along the way for Somaliland – a transit and trade agreement with Ethiopia, observer status in the African Union, a deal to be part of the US African Growth and Opportunity Act, for instance, even a compact with Israel – short of international recognition.

And the benefits of recognition will not necessarily be automatic and could create other challenges, not least as donors become part of the political and economic equation, and thus part of the problem.

But recognition is now front and centre on Muse’s agenda.

“I want recognition,” says the president, “to be my legacy.” His challenge is going to be less the West, however, than the AU, which is often complicit – and self-interested – in the narrative of stability in the interests of elites and incumbents, often tied in with the tautology of conflict and peacekeeping, notably in Somalia and South Sudan.

It has been said about peacebuilding in neighbouring Somalia that “it is like a piece of paper dangled on a fish-hook in a pool of donors hoping that someone will bite on it”. In this way, peacebuilding is an exercise in rent-seeking by opportunistic local actors.

External support in African conflicts can, too, be made on a straightforward cynical calculation according to narrow donor interests, whether these be about alliance building, stability or helping one group or another stay in power.

Somaliland shows that peace cannot be built by outsiders, no matter their good intentions. It is instead to be founded on internal compromise, avoiding in the process all the pitfalls of external engagement. Good outcomes do not always lie in the bias to action.

As a general rule, outsiders need to aim to do no harm, and aim to provide a conducive environment in which local actors can operate. Recognising Somaliland would now reinforce its remarkable and lonely success in a troubled region and would be an investment in African stability. A failure to do so and to continue to invest more in troubled, unstable countries in its region would send out a different signal.