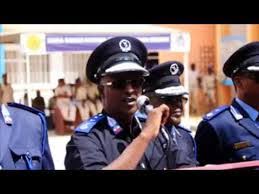 The Somaliland Police Commissioner, Brig. General, Mohamed Aden Saqadhi Mohamud, “Dabagale” has pledged to reform to force in order to strengthen the ties with the public, the respect of the due process, the meritocracy of the force and the training and welfare of the officers and their families.

Speaking to the Sanaag constabulary in Erigavo, the Commissioner pledged to improve the facilities and the training of all the forces across Somaliland.

The Police Commissioner, Brig. General, Mohamed Aden, ” Dabagale”, declared his intention to make sure that a cadre of younger officers emerge through the chain of command in order to move the nation and the force forward.

With the support of the United Kingdom, a new Police Academy is currently under construction, with instructors from that country and modern facilities for the trainees.