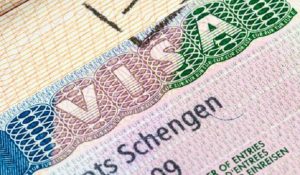 The Turkish authorities have announced that the country has resolved the Schengen visa-related problems with three European Union countries – Spain, France, and Italy and, at the same time, has pointed out that issues continue to remain for some other countries.

Nationals of Türkiye have been facing long waiting times and high rejection rates when applying for Schengen visas in the EU countries for some time now. For this reason, the relevant Turkish authorities decided to hold talks and meetings in order to be able to resolve such issues and make the process hassle-free, SchengenVisaInfo.com reports.

According to Hürriyet Daily News, the problems related to obtaining Schengen visas were resolved to a large extent following the Türkiye’s intense contacts with the relevant authorities of Spain, France, and Italy.

The same source noted that the waiting time to get an appointment will now be significantly reduced when applying for a Schengen visa in one of these countries, and it pointed out that the applications are expected to be processed within a period of three weeks.

In contrast to the countries mentioned above, Hürriyet Daily News said that Schengen visa-related problems when applying for a German visa still remain. This means that those wishing to apply for a German visa will continue to be subject to long waiting times.

Earlier in November, the President of the Turkish-German Sister Cities Union, Özcan Mutlu, requested that the German missions in the country resolve their issues related to the issuing of Schengen visas as soon as possible.

Özcan Mutlu sent an official letter to the Foreign Minister of Germany, Annalena Baerbock. In the letter, Mutlu highlighted the high rejection rates and the long waiting times. At the same time, he required that the number of staff in consulates gets increased so that the applications can be processed faster.

Turkish nationals have been facing long waiting times when applying for Schengen visas in other countries too. Schengen Visa Statistics show that the rejection rate for Turkish applicants has significantly increased since 2017.

In 2021, the rejection rate has increased by ten per cent compared to 2017. Furthermore, data show that the nationals of Türkiye filed 271,977 Schengen visa applications in 2021, 6.4 per cent of which were rejected.